The Union Public Service Commission is accepting online applications for admission to the Army, Navy, and Air Force wings of the NDA for the 151st Course, and for the 113th Indian Naval Academy Course (INAC) which shall close on 10 Jan 2023. 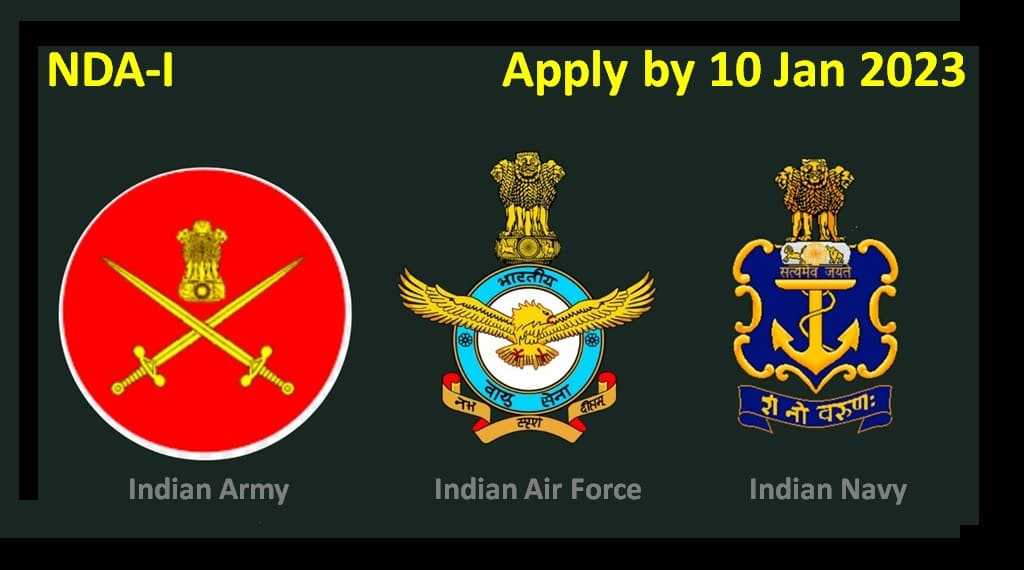 1. Nationality: UPSC has removed eligibility for Tibetian refugees and also for nationals of Bhutan.  These candidates were eligible for applying in the previous exams.

2. Subjects:  For The Air Force, Naval wing & the Naval Academy program, earlier the subject eligibility in Grades 11 & 12 was Physics & Maths.  Now, Chemistry also has been added as a requirement.

For the Army wing, students from any stream are eligible.

NDA-Exam-I shall be held on the 16th April 2023 (Sunday) across multiple cities in pen & paper mode.NDA-I

Selection is through 2 stages: