Due to the announcement of the Board exam schedule by CBSE in January this year, the Law School Admission Test (LSAT-India) 2021 has made changes to its originally announced exam date.

The LSAT-India will be administered online across India in two cycles - March and June 2021.

The candidate can choose to take the test in March and use the scores for his/her law college application. The candidate can also retest in June and have their best scores reported to their preferred colleges for admissions. They should complete and submit an online application via the registration portal for either or both tests. 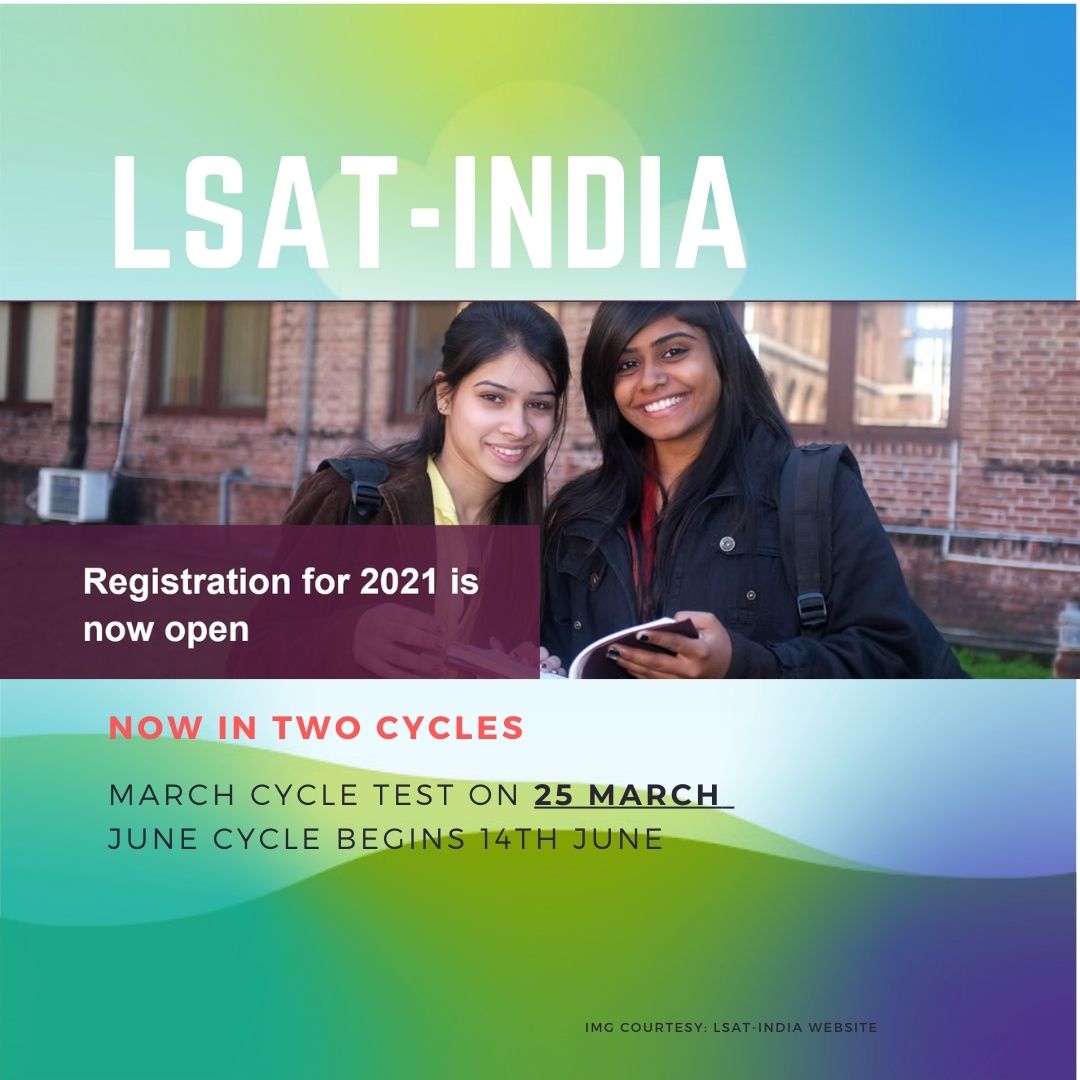 March Attempt: The March attempt will be conducted on a single day in online mode.  Appearing for the March exam will give the candidate an opportunity to sit for LSAT—India before their scheduled board exams and put them in a position to gain early admission at their law college of choice. If he//she are unhappy with the score they receive on the March exam, they will have another chance to sit for the exam in June.

June Attempt: The online LSAT-India will be administered over multiple days starting 14 June 2021. Towards the end of the registration period, candidates will be asked to provide a preference of testing slot from the date and time slots available for testing. Candidates will be allotted one of their preferred slots and will receive information regarding the date and slot on which they will be required to appear for the test—their ‘Test Appointment’.